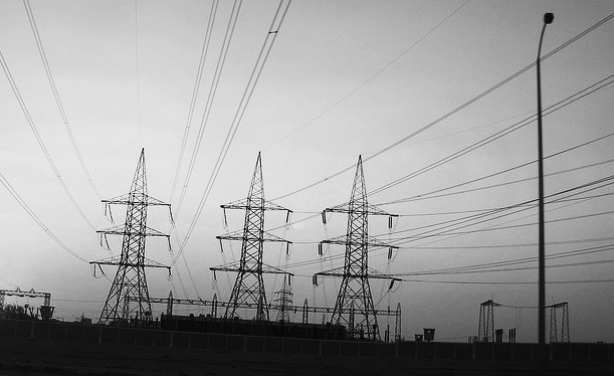 The challenges and opportunities of doing business in Africa

Doing business in Africa provides unique challenges and endless opportunities. With fewer conflicts and economic growth rates that are now competitive with those of other developing regions, Africa has experienced positive change and has a substantial amount to offer. However, the business environment, including social, economic, legal and political, is complex and doing business in this rapidly expanding region requires a different set of skills.

In South Africa (SA), the transition from apartheid to constitutional democracy has generally been an impressive path of peaceful negotiation. The African National Congress (ANC) has won landslide victories in each democratic election held since the end of apartheid in 1994 and 2009 has seen the country’s fourth general election since 1994 with the ANC obtaining a 65.9% majority and Jacob Zuma being sworn in as President in May 2009.

Since last year’s April 22nd election, the rand has gained 13 percent against the dollar, the benchmark South African stock index has advanced 26 percent and credit default swaps, the cost of protecting against a default, have dropped by more than a third. International investors, therefore, are encouraged that SA’s business-friendly environment has been maintained.

Robust economic growth since apartheid’s abolition has seen a favourable decline in income poverty despite inequality still existing between race, gender and location. However, Government continues to instil initiatives to eradicate these problems and build a greater future. Government has targeted five key areas for improvement over the next three years, namely job creation, education and skills, healthcare, rural development, and the fight against crime and corruption. The state is expected to spend R841.4 billion in total in 2009/10 with the biggest allocation being for economic affairs, education, social protection, healthcare and public safety.

In addition, a sound fiscal position has allowed the South African government to sustain public service delivery while increasing spending on fixed capital investment to boost economic growth and create employment. This, together with a fast growing economy and greater integration with the rest of the world, makes SA the most obvious gateway to the rest of Africa.

Despite the global recession, SA has emerged as a key market for global investors and it is particularly interesting that emerging market economies, on the back of the continued high growth and market size of China and India, have outperformed those of developed countries in 2009. In a 2008 report titled “Tomorrow’s Markets”, the Economist Intelligence Unit ranked SA eighth in a top 10 list of “new wave” investment markets and 2009 saw the country move up to fourth position. In addition, in a recent UK Trade & Investment survey of more than 540 high-level business executives across 19 business sectors examining global business attitudes to emerging markets in light of the global downturn, SA came fourth.

In addition, the FIFA 2010 World Cup is undeniably a major event for SA and with between 500,000 and 600,000 visitors expected to visit the country during this time, it is also a wonderful opportunity for us to showcase what is one of the most beautiful countries in the world, as well as a noteworthy competitor in today’s emerging markets. Africa is made up of 53 countries with the southern half of the continent holding perhaps the best possibilities for potential. With democracy and free enterprise becoming common in many African nations, the continent shows promising emerging markets particularly in areas such as agri-business, infrastructure and tourism. Also, Africa is changing and the risk of doing business has already begun to decline and is expected to continue its decline. However, it is still vital to have the right partners when dealing with the continent as vast experience and understanding is needed to be able to successfully negotiate in this unusual environment.

Doing business in Africa will take significantly more personalised transactions than gaining entry into a more mature market. Connecting with people is important, sitting down, having a meal together is the African way of building relationships. Other countries do not necessarily do or understand doing business this way. Doing business in Africa is no harder than anywhere else but rather requires a different set of skills and understanding and often a large dose of patience and tenacity. Often creativity is also needed to adapt to local conditions and demand and this comes from experience and local know-how.

While an effort has been made to harmonise a broad range of legal systems which previously covered a wide disparity in business law, codes, rules, regulations, and local conventions affecting businesses, it is still vital that you have an experienced partner to avoid the pitfalls that are not obvious to those without experience on this continent.

World Bank, Africa’s leading financier, continues to offer substantial support making a difference in many areas such as poverty, agriculture, health systems, education, infrastructure and climate change. Added to this, there is an abundance of business opportunities for the right investor and substantial changes are already being seen. Telecommunications, for example, is experiencing immense growth with a deal between SA’s MTN and Indian telecoms company, Bharti, who are in talks, potentially creating the world’s third largest mobile company with over 200m subscribers. In addition, this year alone, substantial fibre optics cable deals, such as TEAMS in June and SEACOM in July, confirmed Africa’s place as one of the leading emerging markets.

The ongoing growth and development and ensuing opportunities on the African continent will, no doubt, mean that global investment and business leaders will continue to seek rewarding opportunities in Africa. Having the right business partner is a sure way of alleviating the potential pitfalls and being adequately aware of the conflicting legal, regulatory and taxation requirements will ensure success in an exciting and, as yet, unsaturated emerging market.